Albion – the land of the white cliffs

This page is sponsored by

A BRIEF JOURNEY THROUGH TIME

Our brief journey through time takes us to a time before 1,100 BC ~ at this time Greek and Roman geographers referred to the island of Great Britain by its oldest known name of Albion.

It seems that the name Albion was decided upon out of regard for the iconic natural vistas provided by the white chalk cliffs of the south coast [The name Albion possibly derived from the Latin word Albus meaning white]. There are a number of white cliffs visible along the coast, including the Seven Sisters, Beachy Head and the White Cliffs of Dover.

The Albiones were the people of Albion ie. the incumbent population resident on the island (so named Albion) prior to the arrival (in legend) of Brutus of Troy. 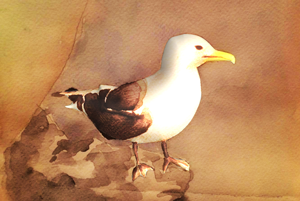 What kind of people were the resident Albiones?

It may be helpful to answer this question by describing Albion at the end of the last ice-age circa 8,000 BC. The glacial ice sheet had stopped just north of the River Thames, leaving the southern parts of Albion cold but free of glacial ice. The Albion people living here at that time were few in number but hardy of nature. They were hunter-gatherers and formed tightly knit family groups called clans ~ they were generally nomadic and often lived in caves where possible. As the climate warmed, life on Albion became easier and the numbers of resident Albiones began to increase. Hunter-gathering as a way of life reduced and farming communities became established. These were the times of the Neolithic indigenous Albion farmers of the Stone-age.

From c. 3,000BC Albion began to be settled by peoples from Europe (and possibly Africa). One group of people is subject to a great deal of discussion ~ the earliest traditions suggest that the first group of settlers of Albion were extremely tall and powerful individuals (ie. giants of the day and possibly originating from somewhere in Africa).

[DID YOU KNOW – Giants are at the heart of national folklore concerning the founding of Britain, and archaic traditions state they have inhabited the country since deep antiquity]

The second group of people are presently referred to as the Beaker People and they possibly originated in the area of western Europe now known as Spain. They became the dominant people of Albion. They  brought with them new skills and knowledge (such as pottery, alcohol and possibly the wheel) and they ushered in the Bronze-age.

1. What are the Seven Sisters?

1. The Seven Sisters are chalk cliffs (part of the South Downs National Park in East Sussex), between the towns of Seaford and Eastbourne. They are the remnants of dry valleys in the chalk South Downs. Presently there are seven hills, with an eighth one being created by the erosion of the sea.